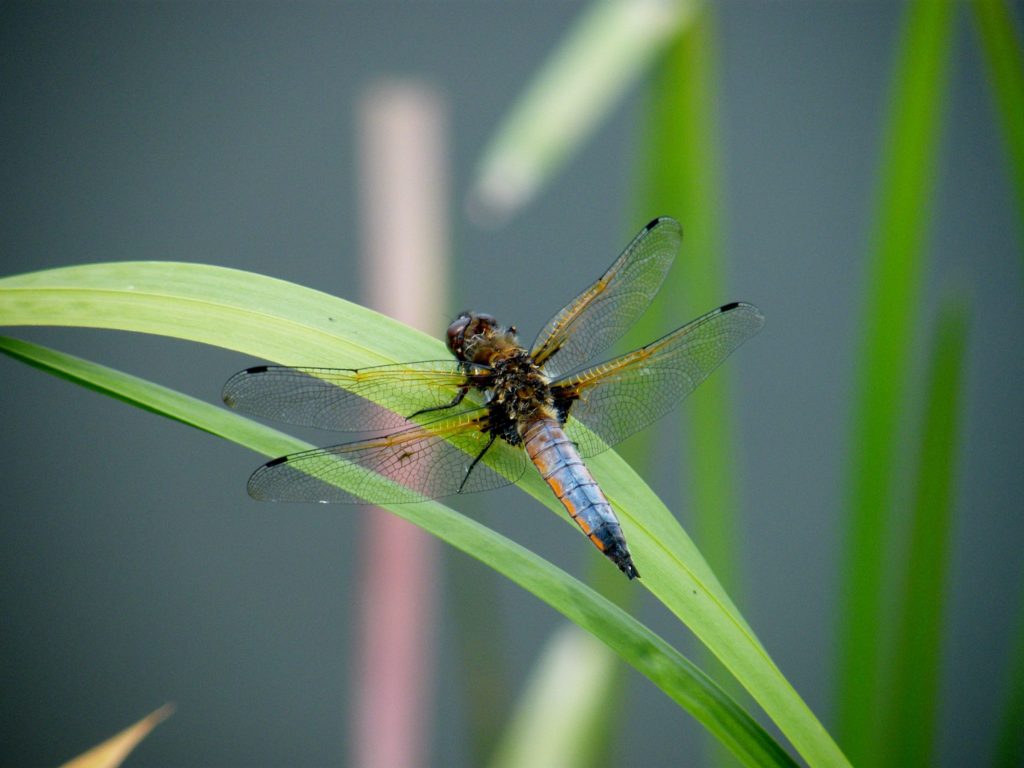 Photo left taken by John Albinson at Ebridge and confirmed by the British Dragonfly Society as being listed under category 3 in the British Red Data Book on insects.  Seen June 2016 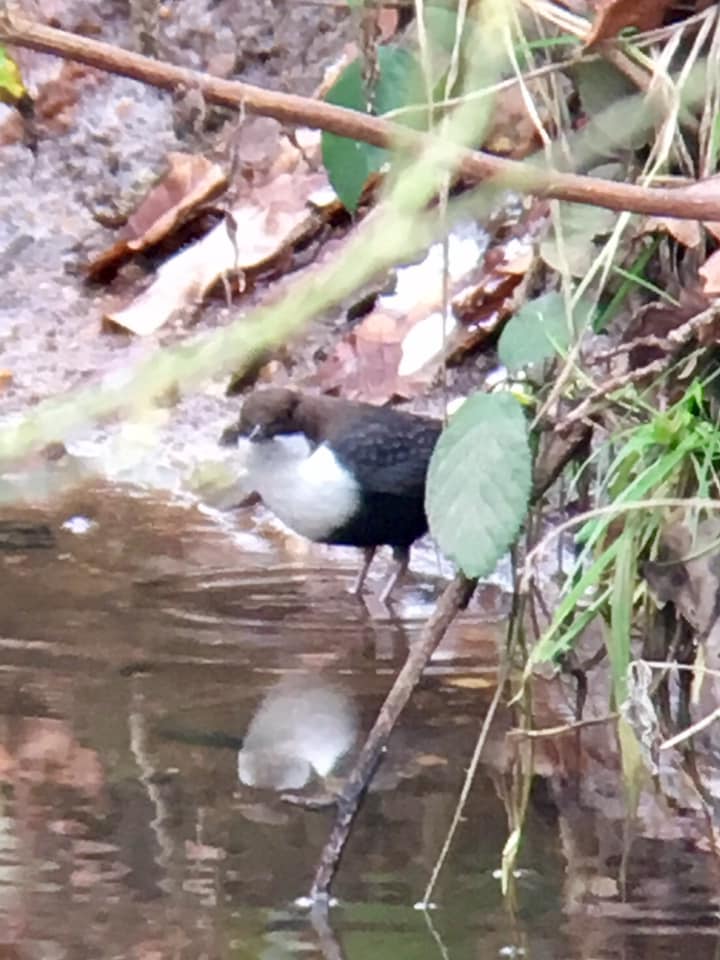 Habitats, Wildlife and Management between Swafield Bridge and Ebridge Lock

The North Walsham and Dilham Canal (NWDC) is an important wildlife corridor in the North Norfolk area, and though the Swafield to Ebridge sections have been restored, they are still rich in different habitats. The NW&DC Trust looks after this part of the Canal, and aims to strike a balance between the needs of navigation, recreation, and wildlife conservation. Restoring and maintaining a working canal is a priority, but the Trust also wants to manage the corridor sympathetically so as to encourage its biodiversity and its desirable plants and animals. A remarkable 410+ plant species have been found in the restored area so far – including many intriguing non-native plants (Table 1), and some quite rare and precious natives. Notable animals that live or visit here include Water Voles, Otters, Kingfishers, and Little Egrets; there’s a wide variety of fish, and a host of butterflies, moths, dragonflies and other invertebrates.

Habitats and Their Management

The Canal corridor includes many types of habitat which provide homes, shelter or food for wildlife. First, there’s the canal bed – and though only the Ebridge section is ‘in water’ at the moment, the other two (which should be filled soon) are often damp or contain some water. On either side of the canal and its embankments are ditches or streams called ‘back sokes’, and in all these watery areas a wide range of aquatic and waterside wildlife thrives. Rare native plants found here include Water-plantain Alisma plantago-aquatica, Lady-fern Athyrium felix-femina, FrogbitHydrocharis morsus-ranae,and Whorl-grass Catabrosa aquatica.

The canal bed is contained by embankments whose tops and sides are cut more or less regularly. This creates a short turf or medium height plant habitat, and also some bare ground (which can be a useful habitat in its own right eg for ground-living insects). In addition, buffer zones of less-often-cut vegetation are left along the embankment shoulders. The soke bank sides are cut much less frequently (from once a year to once every four years), and offer a ‘tall herb’ habitat. Invasive Alder, Elder and Willows are removed from the inner canal banks, as they would damage them if left to grow, but some tree or shrub growth is left in places along the sokes as it adds variety to the habitat. Because a variety of fill has been brought in to build up the embankments, many unusual plants have arrived with it, including species from gardens, farmland, wasteland, and industrial areas (Table 1).

The Canal also has other features in or beside it which provide different habitats. These include the now-dry ‘winding pools’ once used for repairs, or for turning canal boats; locks, sluices and bridges; and industrial areas, waste ground, and tipping sites. There’s also a small sandy heath-type area by Bacton Wood Lock, with ‘mini-cliffs’ and dry grassland. In addition, the Trust looks after Purdy’s Marsh – an area of reedbed which is a County Wildlife Site. (Himalayan Balsam is a big problem here, which the Trust does its best to control).

Outside the back sokes, the Canal is enclosed by a wide variety of habitats. Although it passes through arable and pasture fields, more than 90% of the strip immediately next door to it is ‘semi-natural’ and has developed on land unsuitable for farming. Habitats on these unmanaged areas include patches of woodland, grown-out hedges, scrub, reedbed, rough grassland, and wet meadows. The fact that the Canal is almost entirely contained within this belt of ‘wilderness’ makes it an even better refuge and corridor for wildlife.

The idea of having the whole Canal site designated as a County Wildlife Site has been put forward, and this may come about at some stage.

Ideally, the Trust would like to form a ‘Green Team’ of volunteers who’d work mainly on the vegetation-habitat management side of things.

Fig 1.  ‘Out-of Place’ Plants Which May Have Arrived in fill 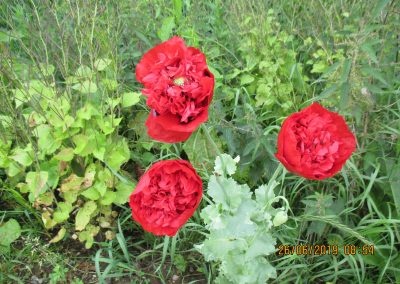 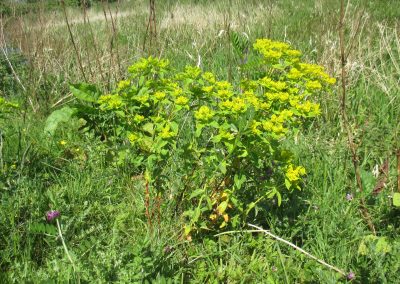 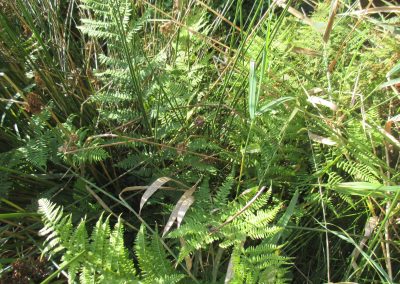 Rare Lady-fern in a Canal-side ditch 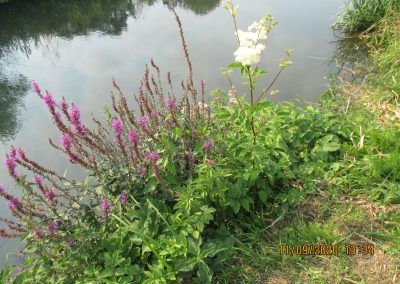 Very many thanks to Suki Pryce, Wildlife Officer who provided this report – October 2020