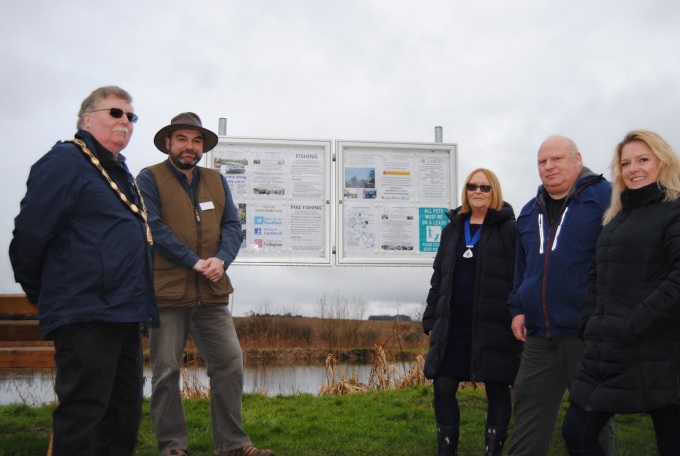 Visitors to a north-east Norfolk beauty spot can check the latest footpath and fishing information, find out how to book a boat trip, and a wealth of other useful information thanks to four new noticeboards.

They have been installed along a 2.3-mile stretch of the North Walsham and Dilham Canal at Ebridge Lock, Spa Common, Royston Bridge and Swafield.

Money to buy the noticeboards has come from donations to the North Walsham and Dilham Canal Trust given by North Walsham Town Council (£400), Interconnector UK (£500) – based at the nearby Bacton Gas Terminals – and the Norfolk-area Ramblers’ group (£300).

Tom Webster, fisheries officer and a trustee with the canal charity, said they were grateful for the donors’ generosity which had helped make the popular canal even more welcoming to visitors.

“These noticeboards are already helping us to answer their questions about the canal and keep them up to date with what we’re doing to restore this stretch.”

Spokesman Peter James said the Ramblers wanted to encourage the opening of paths and supported giving the public information on what was available for them to enjoy.

Becky Wylie, representing Interconnector UK, said they were delighted to support the project, adding: “Increasing local awareness of the continuing restoration of the canal and the facilities the canal offers is key to attracting volunteers to help with further restoration.”

And North Walsham’s mayor, Barry Hester, said many canal trust volunteers had already made a massive improvement to the area, which was much appreciated.

He added: “It is good to hear already that the canal is attracting lots of new visitors, including the wildlife kind.” * The trust always welcomes more help in a variety of muddy and land-based roles.